We need really good ideas that can be placed on the site that you guys request! Theme changes, user page changes, code changes, ways to put cool popup boxes in places (ex: Login popup)... we just need some changes on the site. Theme, blah bleh. You can even request a whole makeover of the theme as long as you put up an image to show what you want to do and if others like it, it might be used.

Just come up with awesome ideas.

Interactive mod kaerlighed here, If you have any questions, need help, or anything, feel free to PM me.

You can also look me up on the forum chat, I am there a lot, and I mean, a. lot.

DragonTamerChris wrote:I have an idea I stated in a suggestion thread (Titiminy came up with the idea) maybe you have to pay 100 GP to put a creature in the trading post so we don't have all those cheap creatures. Also, I think any creature in the trading post that has been there for 3 weeks should automatically be removed so we don't have extremly expensive creatures for a very long time.

I like the idea of the automatic removal of creatures from the trading post if they have been there for a set period of time, as long as the user can add it again soon after. Honestly I don't mind if someone wants to price things really high just to see what would happen. If it sells, grats to the seller! As for the small fee to sell creatures, I think that's a great idea. If people complain about the cost, then just add 100 gp to the sale price to make your money back

New themes and such I don't mind either as long as not too many things are added that would make pages take longer to load.

I would to see a particular feature added. If you're already on someones scroll, would be great if they had a "see what this user has for sale" link (something along those lines). I think someone suggested this already though? Can't remember 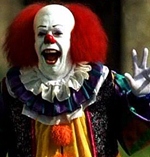