Genders switching on their own?

Genders switching on their own?

Two of my red dragons hatched and gendered female(with the old level-up system). I traded one to an user, demonashley, hence she needed a female dragon for her male mate. It passed through the Abandoned Island.

Then we noticed that it went gendered male at some point (which it might be at level 45 due to the new levelup system...)

I'm starting to think that this is not only happening to one creature but many that had gendered in the old levelup system then changing its gender once they reach level 45 to the new levelup system. Is there any way to prevent this? It is ruining the plans, plus potions are 20,000 GP now.

yea, i had a female hatchling red dragon and now it suddenly became a male :c
and i was glad it was female then i'd have a mate for my starter. 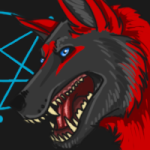