Okay maybe it sounds odd but how about we make a event resembling Halloween on Avadopts?

My idea was to make a quest only avaible during that day. Within this quest you have the chance to befriend one of the spirit creatures from the Avatar world.

My idea was to only make adult sprites of the spirits. They would be genderless, not able to breed and you would only get one. But each year you can get a new one.
We could also make this spitit day avaible for Christmas if we don't come up with anything else for it.

But ofcourse a mok up day where all our creautures look like Zombies, Ghosts or other spooky things would also be an option. XD


EDIT: Personally for Halloween..I think it should be Kou the face stealer or Hei-Bai....and if it were possible....make it switch between panda and monster forms during day night? 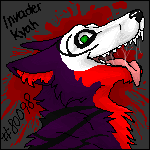 Sounds good but I don't know how difficult the switching form would be.

Art girl and I have been conversing about ideas for halloween

Really? Can you tell us please?

Somehow I knew that was coming.
And do you have plans for christmas too?

Seph wrote:Somehow I knew that was coming.
And do you have plans for christmas too?

I think knowing beforehand spoils the fun of waiting XD.

Reb I think you need to start making a "what not ot suggest" list. Whit all the plans you already have and whit all the things that were previously suggested.

At least I was worried for nothing that we might not get special events.

But returning to the spirits if they are not involved how are we going to release them?

I kinda like this idea, maybe it could happen four times a year at each of the Spring and Fall equinoxes and the Summer and Winter solstices. As if I remember correctly, in the show the spirit world and the physical world became intertwined during these times. Spirit creatures could be released during said options and we would be able to travel to the spirit world. But just so we don't just get adults right then and there I think they could still have stages but rather then growing up it would become more solid or something. As if it was making its transition from the spirit world to the real one permanently and would as Seph said be unbreedable and all that other stuff. While again as Seph said, we could also have the traditional Halloween and Christmas edition creatures released that would also be available just during their proper holidays.

I like the idea because it makes more sense to get spirit creatures this way rather then just randomly throughout the year and, well...because it allows us to get creatures like Hei Bai and Koh who are awesome XD. I also really like Kazamagirl's idea about Hei Bai switching forms during the night and day :B

I really hope to get the face stealer to come out on halloween that would be awesome.

I really can't wait--these sounds like fantastic ideas, only I wished we could use all of them at once and be bombarded with all these pwetty creatures xD
_________________
I fight to save, but do I save to fight? My deviantArt x] Feedback appreciated! 8'D

lol, I had to look after this i hope thats one the planned things for halloween is a release of that creature.

lol, I had to look after this i hope thats one the planned things for halloween is a release of that creature.

I've bought the ugly bucket at BM. What is that? It smells like... *sniff* ...Halloween.