Nobody else has suggested these yet?

EDIT:
Ohey, I don't see any topic with these guys either, and I'd love to sprite them too--I might as well put them in the same topic. 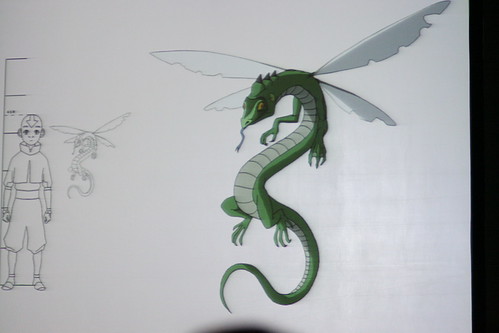 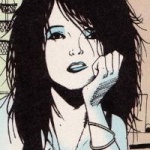 Oh my goodness, those catfish whiskers are haaaard. I've updated the first post with what I've got so far, but phew, it took hours to get the catgator how it is now, and I'm only stopping now because my eyes are sore and my judgement can't be good after four hours spriting. (The catgator took up most of that time.)

Wow, they are awesome ^^
I really love the catagator

And the dragonfly is nice to but maybe you can add a tongue ? xd

Very nice! You are improving.

Ooo. Wonderful job! I really like both of them. <3

With the catgator, would it be possible to smooth out the lines on the whiskers a bit? I know you're still working on it, so disregard this if you already are planning on that, but right now they look very.. jagged. I also feel like we should be able to see the left hind leg, but I imagine that would look weird there.. :/ He doesn't look as angry as the catgator in the screenshot, and I assume that's because his eyes are larger, and his brow doesn't hood his eyes as much as the screenshot.

And the dragonfly, I think would look nice with a tongue too. XD The snout seems a bit squished, compared to the concept art there, but I think I'll live. He also looks a bit angry... With his brow are furrowed-looking. Maybe ease up on that? His right hind leg seems to have this odd shape that I feel looks a bit unnatural, but it's not that bad. His right hind foot looks a bit odd too, but that might be because of the different position in comparison to the other legs... And lastly, would it be possible to smooth out the curves in the tail? And give the tail more of a point than it currently has?

Took some of the advice, and changed a few things around, but I need an opinion on which of each is better. I won't say just what I changed on each of them so you can't be biased and have to pick based on straight aesthetics.

And yes, the Catgator isn't supposed to look as angry as the screenshot, but like he doesn't want you to come any closer. That's the only closeup of one you can find at all, and he was snarling at Sokka at the time.

I prefer the second dragonfly, but the catgator's whiskers look odd in both of them... I feel like you're trying to keep as much of the catgator's body seen as possible, but I think a bit of overlap, with a few whiskers going over the right front leg, would look nice, as long as it's easy to see what's going on in the sprite. Which is another problem I see with the catgator. It's hard to tell what's going on and what connects where on the catgator's face.

I like the second dragonfly better, though the tongue could use just a hint of purple/pink (can't tell which one it is). The tongue right now sorta looks like it could be a flap of skin since it's the same color as the rest of the Dragonfly.

And I like both of the Catgators, it looks like the first could be the female and the second could be the male. 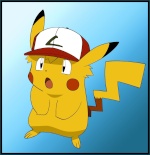 PhazonDragon wrote:I prefer the second dragonfly, but the catgator's whiskers look odd in both of them... I feel like you're trying to keep as much of the catgator's body seen as possible, but I think a bit of overlap, with a few whiskers going over the right front leg, would look nice, as long as it's easy to see what's going on in the sprite. Which is another problem I see with the catgator. It's hard to tell what's going on and what connects where on the catgator's face.

Phazon, before you read this next statement, I want you know that it is not inlaid with sarcasm or cynicism of any kind, and neither is this statement.
Thank you for giving such comprehensive criticism. It really, really helps to have someone take a close enough look to find stuff that I overlook.

Anyway, you were spot on that I didn't want to have the whiskers overlap the catgators body, but mostly because I figured it'd be difficult to shade and keep the colors correct, but you were also right in that it looked better when it overlapped, at least as far as shape goes. See here, in this picture I show the lineart of the whiskers (which do happen to be shaded even on the lineart) and I think it looks pretty sweet when it more closely mirrors the other side, like the whiskers on the reference.

The only problem I see is that it looks a little funky when it's over his skin because of the color similarity. It might just be me being hyper-critical, or it might be the way it got positioned on my screen (the contrast seems to vary, being stronger at the bottom of my screen than the top, go figure.) but I'm not confident that it looks good like that, and I'm not sure how to fix it without compromising on the shading...

SilentSkieBlue wrote:Phazon, before you read this next statement, I want you know that it is not inlaid with sarcasm or cynicism of any kind, and neither is this statement.
Thank you for giving such comprehensive criticism. It really, really helps to have someone take a close enough look to find stuff that I overlook.

Oh, I believe you when you say that. If I didn't think you were taking my crits seriously, I would have stopped giving them by now. XP But I'm glad you appreciate them. Maybe it's me being all 'what goes around, comes around' in the hopes that someone will actually critique my work, but I'm pretty sure I want Avadopts to have awesome sprites. Because pretty artwork attracts people. If it's aesthetically pleasing, people will want to look at it. And right now, these sprites are aesthetically pleasing, at least to my eyes.

And this. See, I really like it on the third closeup, with the whiskers overlapping. It's not that hard to see, if you know what you're looking for, but it looks so much more natural on the creature than the whiskers oddly bunched up or stretched out. And like you said, the symmetry does seem to help. I feel like my eye is being drawn to where the whiskers are, instinctively, because I can somewhat tell where the ones on his left side are.

And I agree that it does look a bit funky--I had to get up close and personal with my laptop to look at the whiskers, but maybe if you added a bit of a shadow to the body? Where the shadow of the whiskers would fall on the body, that is? Logically, they would make a shadow, and the presence of one might trick the human mind into seeing the overlapping whiskers better.

Ah, I tried making a little one on there, but maybe the lightness of it is what's making it look funky...let's see what happens when I make it bigger and darker...
Aha, I like it better this way. Second opinion?

Also here's a big printscreen of 'im zoomed in up close so you can see the details if you'd like.

Oooh. See. That's much better. I like that. The shadow really does help. And that closeup does too.

The top whisker on the right (his left) might look good with an extra pixel at that junction right before the tip. The whisker right under that one looks stiff at the tip, so an extra pixel in thickness there might help.

And lesse... The first whisker right below his foot seems to be a uniform thickness throughout, which looks odd in comparison to the rest of the whiskers. The one right next to that one seems too straight, and could use either with a thickness on the right side, or curving to the side a bit.

If none of that makes sense, I could attempt redlines, or even touch-ups myself, if that would be easier. Just ask. C:

Haha, thanks for the help, I'm feeling much better about these now:
I messed about with his whiskers, much like you suggested, and I think on the whole they look much better now.

(Though I think that one whisker by his foot will not cease irritating me, because I've tried it so many different ways...)
And because I'm starting to feel so much better about the catgator, here's the dragonfly with his tongue shaded. I completely forgot to do that.

Buut my brother wants a turn and I've been on for hours, so I'm done for the night.

I think the whiskers do look much better, save for those two by the foot, but I can see how that would be a pain. XD

And in general, for both would it be possible to darken the shadows? It makes the sprite look more dynamic with more intense shadows. -nods-

Ooo, I love them very much now.

I tweaked the shadows just a little bit on both, too much and it turned the catgator black. =p
Here're the adults, all de-whiteified:

Dragonfly Egg:
This egg is kind of squishy...
Catgator Egg:
This egg is coated in something slimy.
Whatdya think? The stage two catgators mouth has had some issues, but I think I got it to a good place.

I still feel like the dragonfly could use another, darker shade for the shadows, but the catgator looks great. :D

The babies made me go "awwwwww they so cute!" then I get to get closer to the screen to admire them more. XD

Okay. Lessee. The S2 dragonfly, I cannot tell what is going on there with it's left hind leg. I'm going to take a stab in the dark and say... It has it's foot in the air? -ducks- It looks like a blob, with a little flappy thing to the side. :/ I like the pose, if I was right in my assumption, but I think the leg needs a bit of defining to help members figure out what it's supposed to be.

And the S2 catgator, with it's lower jaw, maybe push it back a bit? It feels like the poor thing has an underbite if it were to close its mouth. And maybe add a few small ridges to the back? -shrugs- Because the S1 has no ridges, and the adult has... Middle ground?

But wonderful job. I love both eggs, and the S1 dragonfly is just so... adorable.

I really want a bunch of dragonflies now